DON is the upcoming tamil film starring “Siva Karthikeyan” in a lead role. This film is directed by “Cibi Chakaravarthi” and music composed by RockStar “Anirudh Ravichander“.

Here is the first title reveal video from production team.

The First Single to be released soon, we will update the lyrics and song official video once it get released. 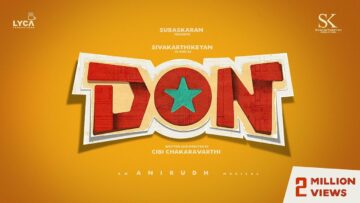