Etharkkum Thunindhavan is the Upcoming Tamil film for actor “Suriya“, this will be his 60th movie in his film career. It is directed by “Pandiraj” and the music director is “D.Imman“.

Once the songs get released by the production team, we will update Etharkkum Thunindhavan Song Lyrics ASAP. 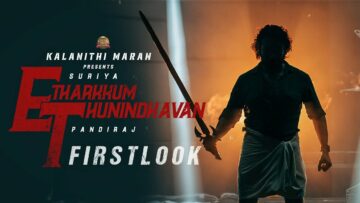