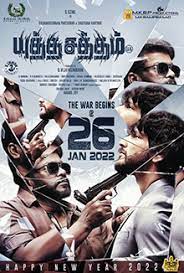 Etharkkum Thunindhavan is the Upcoming Tamil film for actor “Suriya“, this will be his 60th movie in his film career. It is directed by “Pandiraj” and the music director is “D.Imman“.   Director: Pandiraj Production: Sun Pictures Actors: Suriya Music Director: D.Imman Once the songs get released by the production team, we will update Etharkkum […]

Annaatthe is a tamil film starring “Super Star ‘Rajnikanth‘” in a lead role. At first it was named as “Thalaivar168” without any proper name for the film. Thalaivar168 means, thalaivar ( rajnikanth ) and it his 168th film. Here is the first title reveal video from production team. Actors : Rajni Kanth, Keerthy Suresh, Prakash […]