Jailer Film is 169th film for actor SuperStar Rajinikanth. After “Annaatthe” this is his next film directed by “Nelson Dilipkumar” who is famed for “Beast, Doctor, Kolamaavu Kokila“.

Here is the video of Thalaivar169 AKA Jailer announcement video.

As we all knew “Beast” did get a lot of negative feedback and reviews from the public audience. Now there is a huge expectation from Rajini Fans and movie lovers that Nelson will give us a better film that make a huge impact on the box-office collection. Let this film be a good comeback for “Nelson” and his team. As we knew Rockstar gonna rock the theater with his music and love for music. 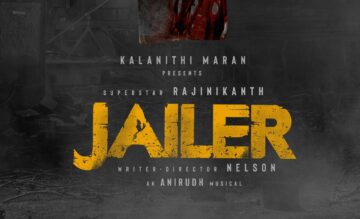